A Shortcut Through Historical Istanbul

A Shortcut Through Historical İstanbul 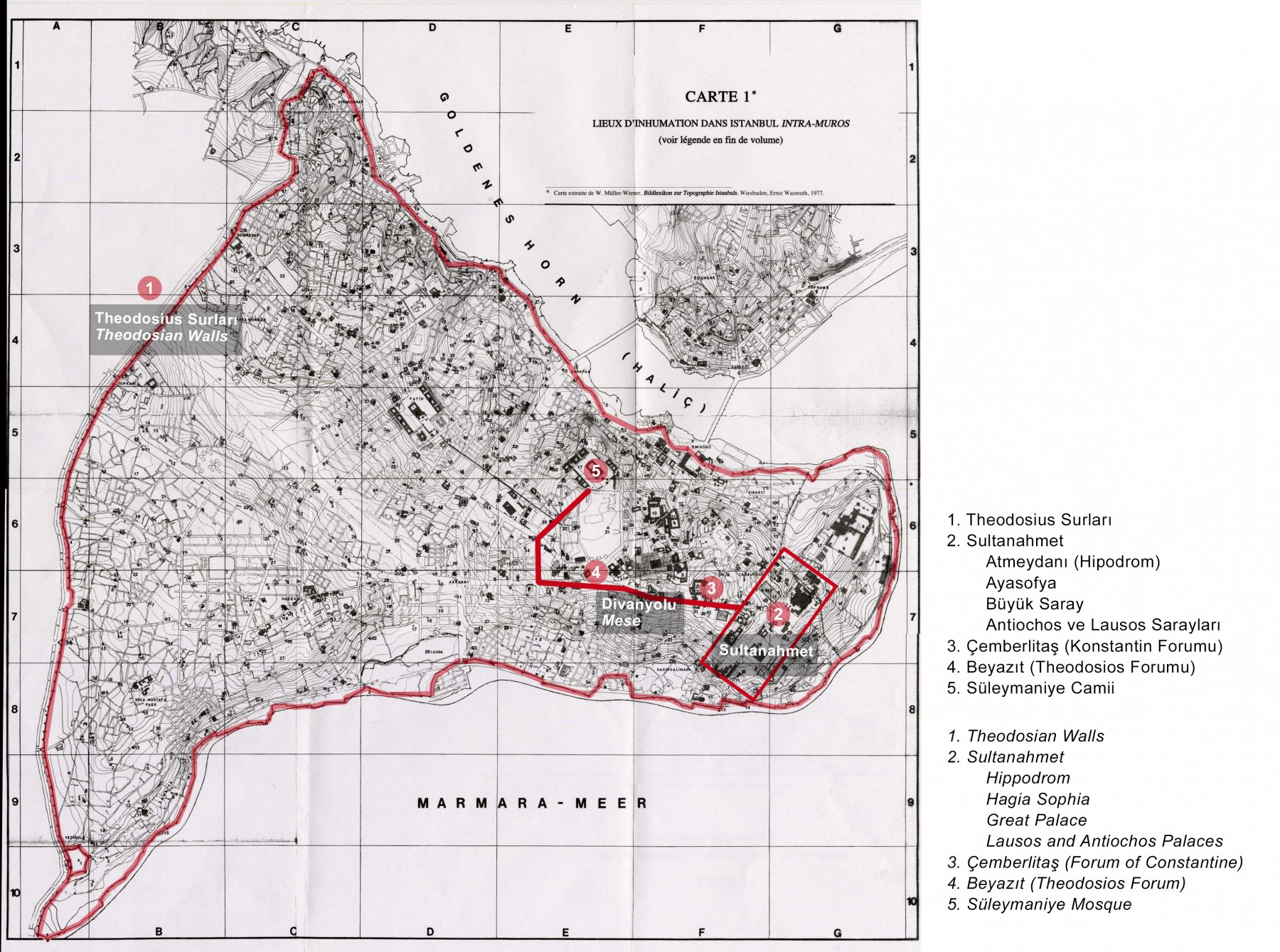 While visiting important areas of Istanbul’s different historical layers we will witness how the urban fabric was shaped throughout different periods. The city walls of Constantinople were built in the fifth century AD and repaired throughout many centuries while resisting fierce military attacks. They remained after the capture of Constantinople by the Ottomans in 1453 and were an obstacle for developments until the state fostered urban development and destruction projects of the 1950’s.

The Sultanahmet of today was once the area around the ancient Hippodrom and is still today one of those places in Istanbul, where one can easily read the historical developments from the remains. The Byzantine Empire was represented in the Hippodrom of Constantinople and after the conquest in the Ottoman period it remained a place where also important acts of the Ottoman State took place. It is probably the only open public space in Istanbul that remained as such until today. Important buildings like the Hagia Sophia (6th century) the Great Palace (4-12 centuries) or the Lausos and Antiochos Palaces (5th century) were laid out around the Hippodrom. During our trip we will see these buildings from outside and will follow our walk on the historical axis called Mese passing by the Forum of Constantine, today called Çemberlitaş. We will see how the Forums of Constantinople developed in Late Antiquity after the fourth century and changed image and function in Ottoman and Turkish Republican periods. The Theodosios Forum (5.c.) built after the example of the Traian Forum in Rome, was changed after the conquest with the building of the Beyazit Mosque (15/16th century) and in the 20th century again with the newly established university. From here we will walk to the Süleymaniye area that developed with the construction of the large mosque complex. The project realized by Sultan Süleyman the Magnificent in the 16th century is an important example of a public urban planning in its time. The mosque itself is still an important landmark in the topography of Istanbul. The major focuses of our visit like the city walls, Sultanahmet or Süleymaniye areas are UNESCO protected areas of Istanbul. Our trip will end here.