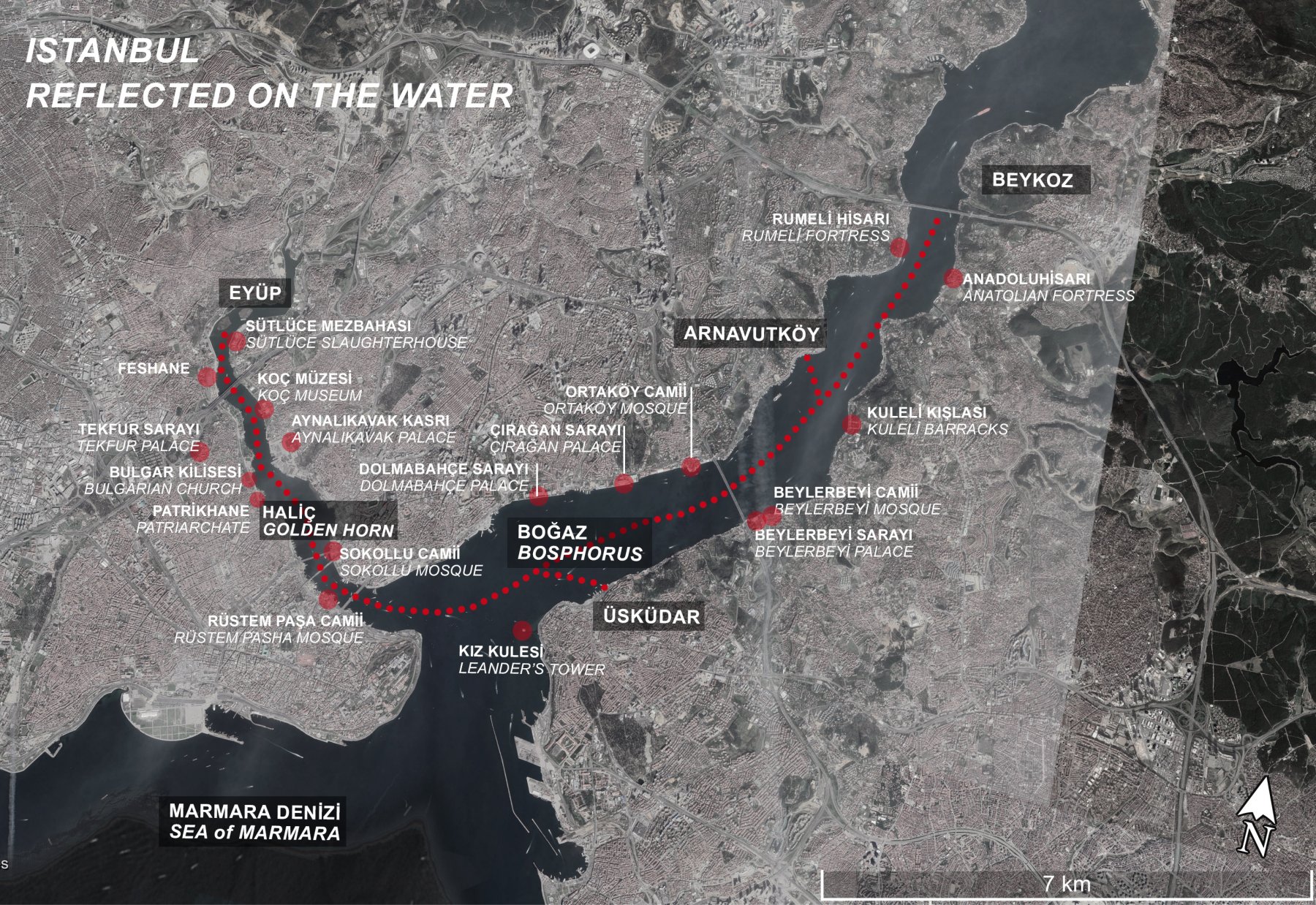 Historic Istanbul had its center on a peninsula surrounded by the Marmara Sea, the Bosphorus and the Golden Horn. Excavations at Yenikapı, during the subway construction revealed exciting vestiges related to the pre-historic habitation of the Historic Peninsula. The better known history of the city starts with Byzantion, established by Greek colonists in the 6th century B.C. The city expanded during the Roman era, in two phases. The last one was by Theodosius II, which has its marks on the present city with the 7 km long Land Walls extending from the Marmara Sea to the Golden Horn. The city had protective walls along its shores as well. Galata, to the north of ancient Constantinople, was founded by the Genoese in the Middle Ages and has its own walls.

During the Ottoman period, the city expanded outside its ancient boundaries. Eyüp and Üsküdar are two of the significant extramural developments. Small villages on the Bosphorus developed with summer residences. The expansion of the city, new transportation networks in the 20th century affected the urban form and scale, altering the rural character of the Bosphorus villages.

The visit to the Golden Horn and the Bosphorus will try to highlight the significant urban features from the Byzantine and Ottoman history of the city. The visit will start from the entrance of the Golden Horn and extend to Eyüp. The Sea Walls along the northern shore of the Historic Peninsula are only partially visible among the 19th century urban fabric. Galata and the Arsenal are located along the northern shore of the Golden Horn. Galata is still surrounded by its medieval walls and the most significant of its towers is clearly visible in the silhouette. The new metro bridge over the Golden Horn is located just outside the Galata Walls. The Arsenal was an important industrial plant for the Ottomans due to their military activity in the Mediterranean. It continued its activity until recent times. Some part of it is converted into an industrial museum.

Eyüp is a major Ottoman development on the Golden Horn. Due to its connection with Eyoub el Ensari, who was a friend of prophet Mohammed, Ottomans showed great respect to Eyoub. The discovery of the grave of this important person was the starting point for the establishment of religious, charity and educational facilities at the location. The holiness of the place attracted people to settle and be buried here. The place is still very much revered and cared for.

Üsküdar on the Bosphorus is also a settlement which had Byzantine roots; it expanded quickly after the 15th century with the construction of several architectural complexes. The landing at Üsküdar was important as the crossing point from Europe to Asia. Caravans started their tours towards the east from Üsküdar. It is still very lively and is connected to Europe with rail under the Bosphorus.

Small villages along the Bosphorus were attractive for the citizens of Istanbul. Some had large gardens and timber residences offering a relaxed life with cool breezes and the view during summer. Arnavutköy on the European side of the Bosphorus had its foundation rooted in the Byzantine period. During the Ottoman period, it was a fishermen’s village. There was a fire in late 19th century and the whole village was rebuilt on a new urban plan. Timber residential architecture from the turn of the century is very valuable and is protected.