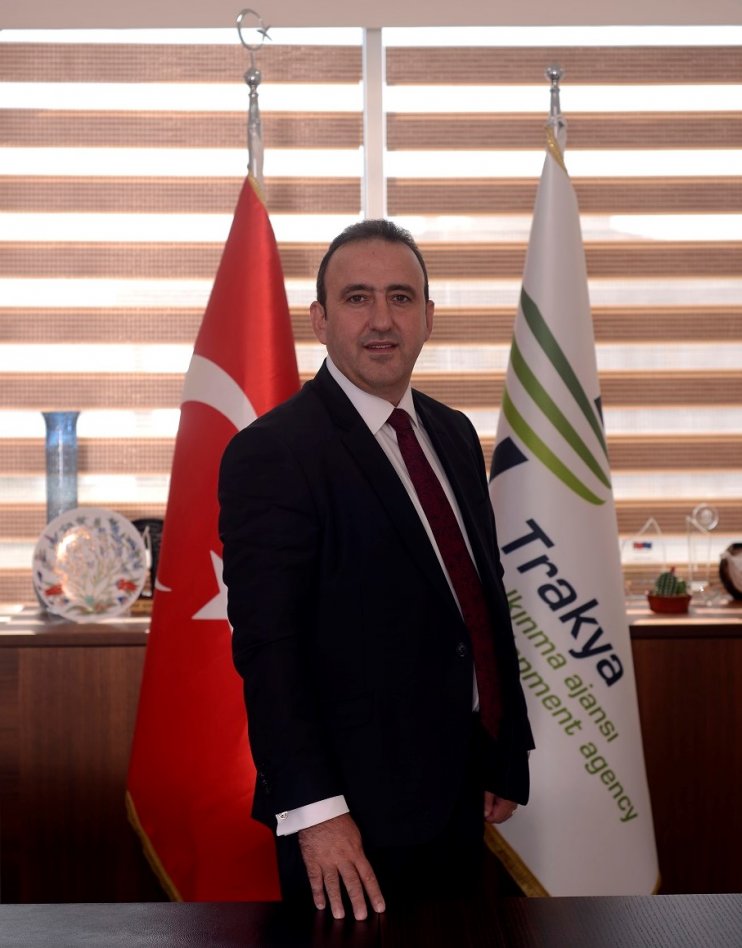 Mahmut Şahin was born in 1977 in Beysehir, Konya. He completed his primary education in Konya, secondary school and high school in Istanbul. Due to his family's business he started living in Tekirdağ. Şahin has graduated from Business Administration Department of Pamukkale University. For many years he had been holding the positions of investment expertise, investment coordinator, director and general manager in the operations of Sahinler Holding in Thrace and foreign countries. Şahin participated in trainings in reputable universities in the United States and India, the United Kingdom in line with his expertise. Having master degree on Regional Entrepreneurship Ecosystem at Department of Business Administration at Namık Kemal University, Şahin is fluent in English and Arabic. Sahin, who is married and has 4 children, has been holding the General Secretary position in Trakya Development Agency since 2014.